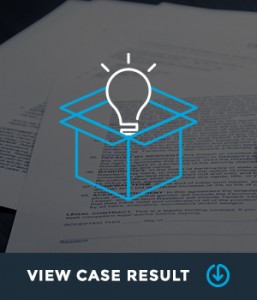 In early 2018, our taxpayer owed over $700,000 in back taxes and the matter was assigned to an aggressive IRS Revenue Officer. The Revenue Officer threatened to garnish the taxpayers’ wages, bank account, and place liens on all their assets. A potential garnishment could have resulted in a lot more than just financial hardship – the taxpayers’ owned a mom and pop shop and their hard-earned income was utilized for the wife’s cancer treatments.

The taxpayers hired Dallo Law Group to not only appeal the garnishment but to also put an end to the tax debt. With a lot of strategy and hard work, we submitted an offer-in-compromise. The IRS increased the offer by the value of the taxpayers’ business. This was unfair and an over-extension of the IRS’ ability. We used our legal knowledge and accounting skills to defend our taxpayers’ rights and it resulted in an accepted offer of $16,784! Our taxpayers no longer have to worry about the IRS and can focus their efforts on their health!